Champions League finalists Manchester City and Chelsea were once the brash newcomers who upset the established European powers but they are now part of the continental elite.

Pep Guardiola’s City are seeking their first Champions League title on Saturday while Thomas Tuchel’s Chelsea are aiming to become European champions for the second time in their history.

AFP looks at the key moments that transformed the fortunes of both clubs as they prepare for the all-English final in Porto.

Chelsea had won just one English top-flight title — way back in 1955 — before Russian billionaire Roman Abramovich bought the London club in 2003.

The Stamford Bridge outfit were already heading in the right direction from the late 1990s, winning a handful of domestic cups, but did not mount a serious challenge in the Premier League.

The Russian oligarch’s billions were put to immediate effect as Chelsea brought in a clutch of top-class players including Claude Makelele and Hernan Crespo.

Italian manager Claudio Ranieri and his new acquisitions finished second in the Premier League in 2003/04 but that was not enough to keep him in a job, with Abramovich hungry for more.

Jose Mourinho swept into Stamford Bridge in 2004 fresh from winning the Champions League with Porto, styling himself the “Special One”.

The Portuguese proved a perfect fit, winning the Premier League in his first season in charge and retaining it the following year as the Manchester United-Arsenal duopoly was smashed.

Manchester City sparkled briefly in the late 1960s but were in the shadow of neighbours Manchester United for decades, even plummeting down to the third tier of English football in the late 1990s.

Mansour bankrolled a revolution on and off the pitch, bringing in superstar players — with Brazil’s Robinho the first to arrive — but also consciously building for the long-term.

The huge amounts of money poured into City did not reap immediate dividends but they slowly but surely muscled their way to the top of English football, ending a 35-year silverware drought by winning the 2011 FA Cup.

The following season they pipped Manchester United to the title in the most thrilling of climaxes to the season, with Sergio Aguero’s last-gasp goal now embedded in City folklore.

They have only twice finished out of the top two places since then, becoming the kings of Manchester in the process.

Mourinho was unable to deliver the Champions League for Chelsea despite going close in his first spell at Stamford Bridge.

They were a John Terry slip away from beating Manchester United on penalties in the 2008 final in Moscow under Avram Grant.

But Abramovich finally realised his dream in the 2011/2012 season, when they were crowned European champions after beating Bayern Munich on penalties, with Roberto Di Matteo at the helm.

Since then they have twice won the Europa League.

Roberto Mancini was in charge when City won their first Premier League title in 2012 and Manuel Pellegrini repeated the trick two years later.

But it was not until the arrival of former Barcelona and Bayern Munich boss Pep Guardiola that City slipped into gear and became the dominant force in English football.

The Catalan finished third in the league in his first season in charge but has won it three times in the four subsequent seasons among a glut of other trophies.

Guardiola won the Champions League twice when coaching Barcelona but has had to wait a decade to conquer Europe since.

If City become European champions this year, they will look back on July 13, 2020 as one of the key dates.

That is when they found out the Court of Arbitration for Sport had lifted a two-season ban from European competitions imposed by governing body UEFA.

City had been punished earlier in the year over “serious breaches” of financial fair play regulations but immediately contested the ban.

Less than a year later they are on the brink of winning the biggest prize in European football. 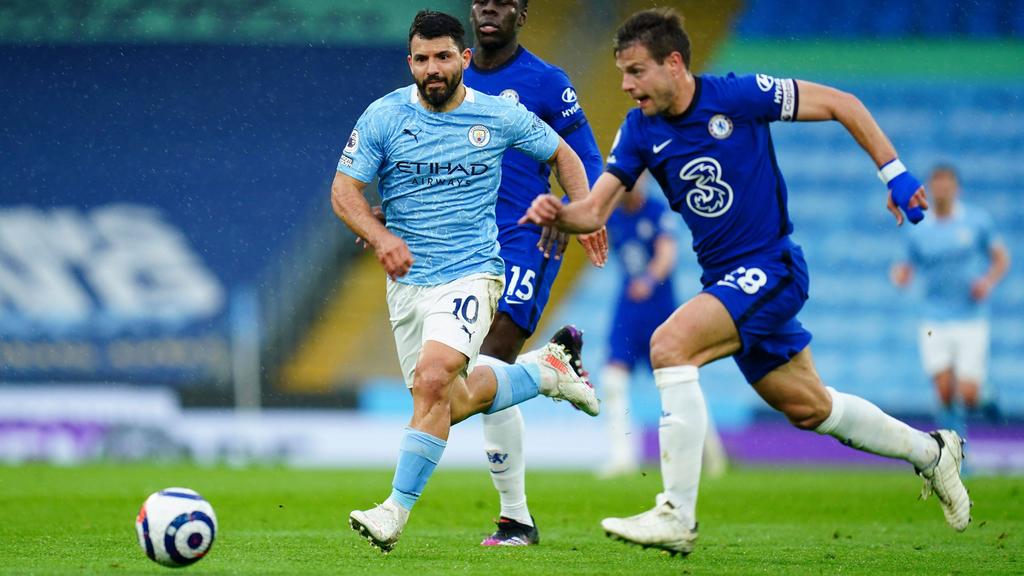