Manchester United’s Premier League title hopes suffered a huge blow on Wednesday with a 2-1 defeat by bottom side Sheffield United as Chelsea started the Thomas Tuchel era with a goalless draw against Wolves.

The shock result at Old Trafford leaves Pep Guardiola’s Manchester City a point clear at the top with a game in hand and looking increasingly hot favourites to win a third title in four years.

Manchester United started their match against Sheffield United on a high after an FA Cup win against Liverpool on Sunday but they were sloppy and uninspired from the kick-off.

The Blades broke the deadlock midway through the first half when Kean Bryan rose to glance home John Fleck’s corner after David de Gea failed to punch clear.

Ole Gunnar Solskjaer’s men were level in the 64th minute when an outswinging corner from Alex Telles was met with a thumping header by Harry Maguire.

But Sheffield United were back in front again 10 minutes later when United failed to clear and Oliver Burke’s strike went in off the underside of the bar after taking a wicked deflection off Axel Tuanzebe.

The Blades had just five points to show from their first 19 games — the worst haul in Premier League history — and had not won at Old Trafford since 1973.

Solskjaer said his side were lacking an “X factor” as they slipped to their first league defeat since November 1.

He blamed the referee for two mistakes — for missing a foul on De Gea for Sheffield United’s opening goal — and for ruling out an Anthony Martial goal after adjudging that Maguire had committed a foul.

“Two wrong decisions, that’s how it is, it’s that kind of season, inconsistent and the referee missed those two,” he told the BBC.

Club owner Roman Abramovich handed the 47-year-old a brief to revive the fortunes of a team that had lost five of their previous eight Premier League games.

Chelsea struggled to make an impression against Nuno Espirito Santo’s men, whose form has nose-dived after forward Raul Jimenez fractured his skull in late November.

The home side dominated territory and possession, but created few clear-cut chances and the visitors had opportunities to leave with all three points.

But Tuchel did not appear downhearted despite the flat display.

“I was very happy performance-wise,” he said. “Unfortunately we couldn’t score. If we take care of our performance like this the results will come.”

The draw lifted Chelsea to eighth spot, five points behind fourth-placed West Ham but Tuchel knows time is not on his side, with more than half of the season gone.

He admitted he had not yet been able to properly assess his squad.

“It was today totally unfair because I had no explanation for anybody on the side why they didn’t play,” he said. “Every day will help.”

Jordan Pickford was punished for the latest in a long list of embarrassing errors as the blundering Everton goalkeeper allowed Youri Tielemans to rescue a draw for Leicester.

Clinging to the first-half lead given to them by James Rodriguez, Everton were denied three points when Pickford let Tielemans’ shot squirm into the net after the break at Goodison Park.

Leicester sit third in the Premier League, two points behind Manchester City, and look capable of pushing for a top-four finish even with leading scorer Jamie Vardy currently sidelined through injury.

Leicester boss Brendan Rodgers told BT Sport: “We should’ve gone on and won the game, that was maybe two points dropped for us but they’re a really good side — but if you can’t win, don’t lose.”

Champions Liverpool, who have taken just three points from their past five Premier League matches, are at Tottenham on Thursday. 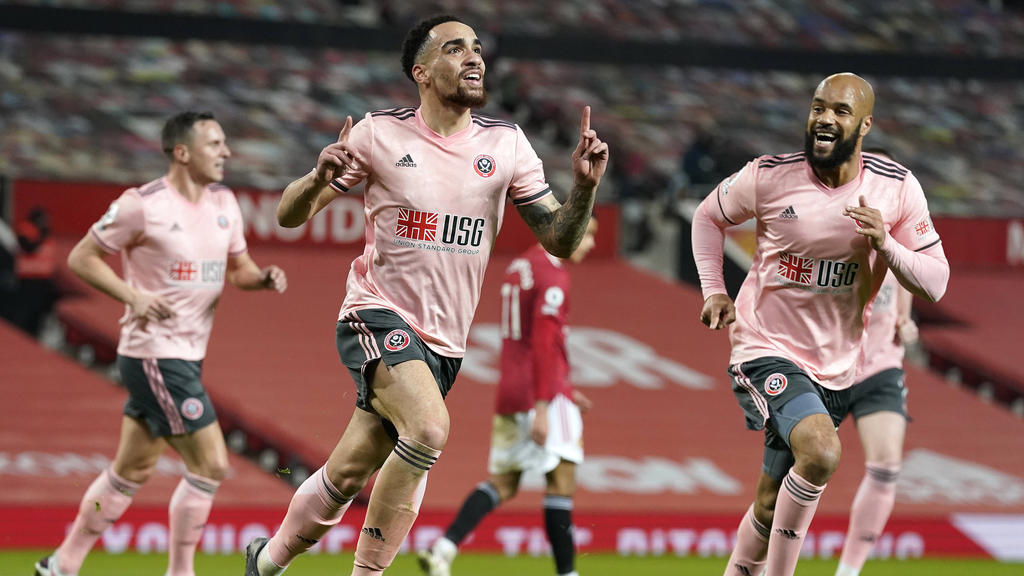